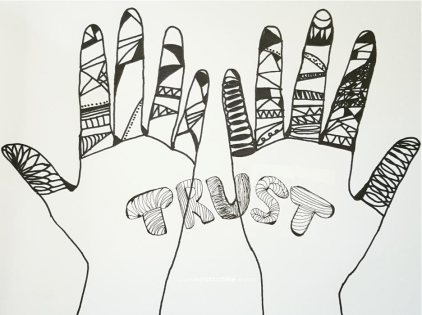 There once was a man who trusted only in himself
To find happiness, strength and all his wealth

The coach said, “So you can’t trust yourself when you begin to fall
Let someone care for you, will you let down your guard; your walls?”

The man acquiesced, moved forward and crossed his arms
Falling backwards, the employees caught him before he could come to any harm