Walk with Me Again
By: Nicole Renee Kent

As I looked at my heart, bare before my God, my friend
I asked Him what areas He desired to be–to touch and mend

He responded, “I want it all and every bit
And for you to use My Word–My heavenly first aid kit

Grasp my hand, dear one, and continue to walk with Me
For I will always be with you and help you to see”

Me: *Points to area on white shirt.*

Me: “But what about this spot?”

Me: *Points to new area on shirt*

Me: “What about this dirty stain? This one has to be the worst yet.”

God: “I see you pure as snow. Why do you keep searching for old stains that aren’t there anymore?”

Me: “I remember them…are they always to haunt me?”

God: “Were you not forgiven? Was My Son’s sacrifice not enough for you?”

Me: “I know it should be, but the bullies of past…their words feel like words etched deeper than the shirt. Like I am always to see myself through their eyes.”

Me: *Stops searching for the marks of the past and focuses on God.*

God: “…every time you feel like searching your pure white shirt, remember that it was bestowed upon you. Remember that I have given you the greatest stain remover, an eternal one…lasting forever…remember Me.”

Me: Can Christians still be pigs? Cause I believe I’ve seen a few.

God: They’ve been freed from the pigpen but some do not know how to live differently…and they still yearn for the muddy mess.
Don’t fall for the sinking mud pits…there are fresh pastures to explore.

Me: What of the pork chops that wander too far past the pasture?

God: They are no longer swine but transformed with knowing Me and they can never go too far with Me. Walk deeper and I will walk with you deeper still.

Me: I guess, I’m thinking about the “religious” piggies who totally wig out on info of You but continually run into a wall and can’t see past it.

God: Ah, that is the brother of the old pig pen. It looks nice and clean and when one compares it to the old pigsty, it looks like heaven…and that’s just what the blind thinks it is. They feel secure within its fencing and everything seems in order…but there is no life…just a detour that takes lost souls off their free range. They continually run into the fencing but never understand that they are trapped.

Me: Huh, thank you for this convo.

Me: Hey! I thought I was transformed by You!

God: Yes, but remember from where you came…there were times when you didn’t want to leave the pigsty and moments where you were trapped in the delusion of the clean pen. Remember where you were, remember how I saved you, and help others to know.

The soft tendrils of the meadow flowers glided through her fingers as she made her way through thought-provoking valleys.
Which way to turn?
Which way to go?
She had lost her way in such beauty. The breeze caressed her hair with care…a voice on the wind’s tongue called her. She could not stop; could not wait for those calling behind her…for they did not see what she saw…for where her vision grasped the beauty…others only saw weeds…where she saw hope…others envisioned a desert of darkness.

Not to fear (for the unseeing ones) for she once did not see what she grasps in her vision now…not too long ago she saw darkness and despair. It wasn’t until she called out for help…that a wind with a whisper came a response and a call to take action. As a pounding tremor in her chest grew, she made her way through thick forests of doubt. Trees grasped at her; trying to plant their seeds of fear and death in her mind.
The path grew more precarious and the dread covered her like an old, ratty cloak.
“Help, I cannot do this alone!”
“I am here dear one, listen to My voice. Shed your doubtful cloak and do not water the seeds anymore. Let us destroy the lies with truth. Get up and follow me.”

As she followed the wind, the voice became clearer and began to permeate a shield throughout her. She continues walking and following the voice to this day.

God gave me an image of the girl in the meadow. This girl resembled me but was much stronger on leaning on the “whispering wind” that guided her, than I was with following God.
After I saw this picture, God told me these simple but powerful words: “Keep Running.” I did not name this girl because “she” can be any of us.

“Let us run the race set before us…”

In Valleys, In Hills, In Glorious Mountains

The battles you are fighting are never small
For you must practice climbing hills before mountains so tall
From far away the high cliffs look scary and steep
But as you take the first step, you realize you are no longer weak
Now, it seems more possible to accomplish what you once desired
Facing your fear; walking away from the eternal fire
Strengthen your legs as you follow Him
By starting in the valley and hills that lead to the mountain
Do not feel the failure when you trip and fall
For the One who is with you can and will heal all
The high cliffs are just the beginning of earth’s end
There is yet a greater journey just around the bend
Where sorrow and tears will flow no more
As we stand in front of heaven’s open doors
So, let us start this adventure that is ahead
And follow the One who died for us and freely bled 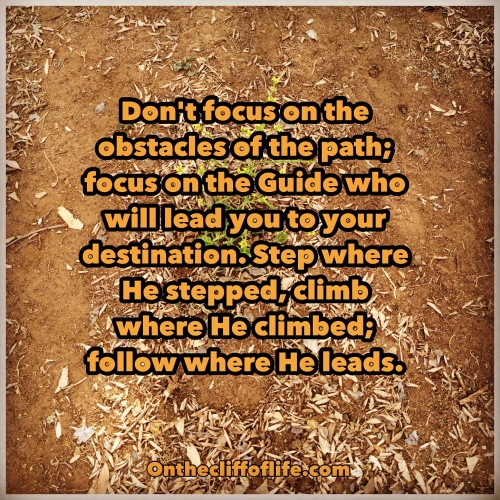 I once was an artichoke, keeping my petals tight and firm
But then the heat of the day made my green shield waver and squirm
Thankfully the Gardner came to my aid
Watering my roots as I began to fade
Then something happened I did not expect
The Gardner picked me from my bush and I began to fret
My prickly petals were trimmed of their spikes
And I was put into boiling water…losing my strength; my might
I fought as hard as I could but the hot water surrounded me
Causing my petals and heart to become tender as I thought they would never be
I was plucked from the heat, exhausted and weak
Too tired to put up a fight…my future looked very bleak
The Gardner then pulled my petals away
Leaving my heart for all to see on display
Now, I understand what it means to let my petals go
And have a tender heart for everyone to see and everyone to know
It took being refined by heat
And the Garndner’s hands that trimmed me so neat
Yes, there are times when I yearn for my petals to be near
But with my Gardner by my side, I have nothing to fear

It wasn’t in the clay or the sand
But the power of Jesus’ hand
It wasn’t the oil or the baptizing water
Not the clay but the Potter
We look to creation to take our woes and illness away
When the Creator is there for you every night and everyday
He who formed you knows what you need
To repent of your past and to know of His deed
He longs to be with you in the good times and the bad
To comfort you, love you, correct you as the Heavenly Dad
So turn to Him, O broken souls
And find healing by giving Him control 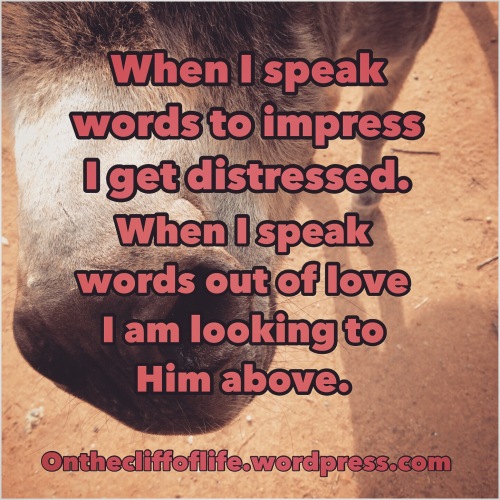